December 1 is World AIDS Day. The acquired immune deficiency syndrome (AIDS) is caused by the infection with the human immunodeficiency virus (HIV). In 2021 an estimated 38.4 million people were living with HIV, 1.5 million people became newly infected with HIV and about 650,000 people died from an AIDS-related illness. Of the two species of HIV described – HIV type 1 (HIV-1) and HIV type 2 (HIV-2) – HIV-1 is the most common. HIV is mainly transmitted to the exchange of body fluids. It can take several years from an HIV infection to the progression of AIDS.

An HIV infection cannot be cured and in the early 80s an infection with HIV was sooner or later leading to AIDS and an early death. Today, viral replication can be suppressed by antiretroviral therapy (ART) allowing a normal life for HIV infected patients. An early diagnosis is important for the prompt treatment and the prevention of new infections. 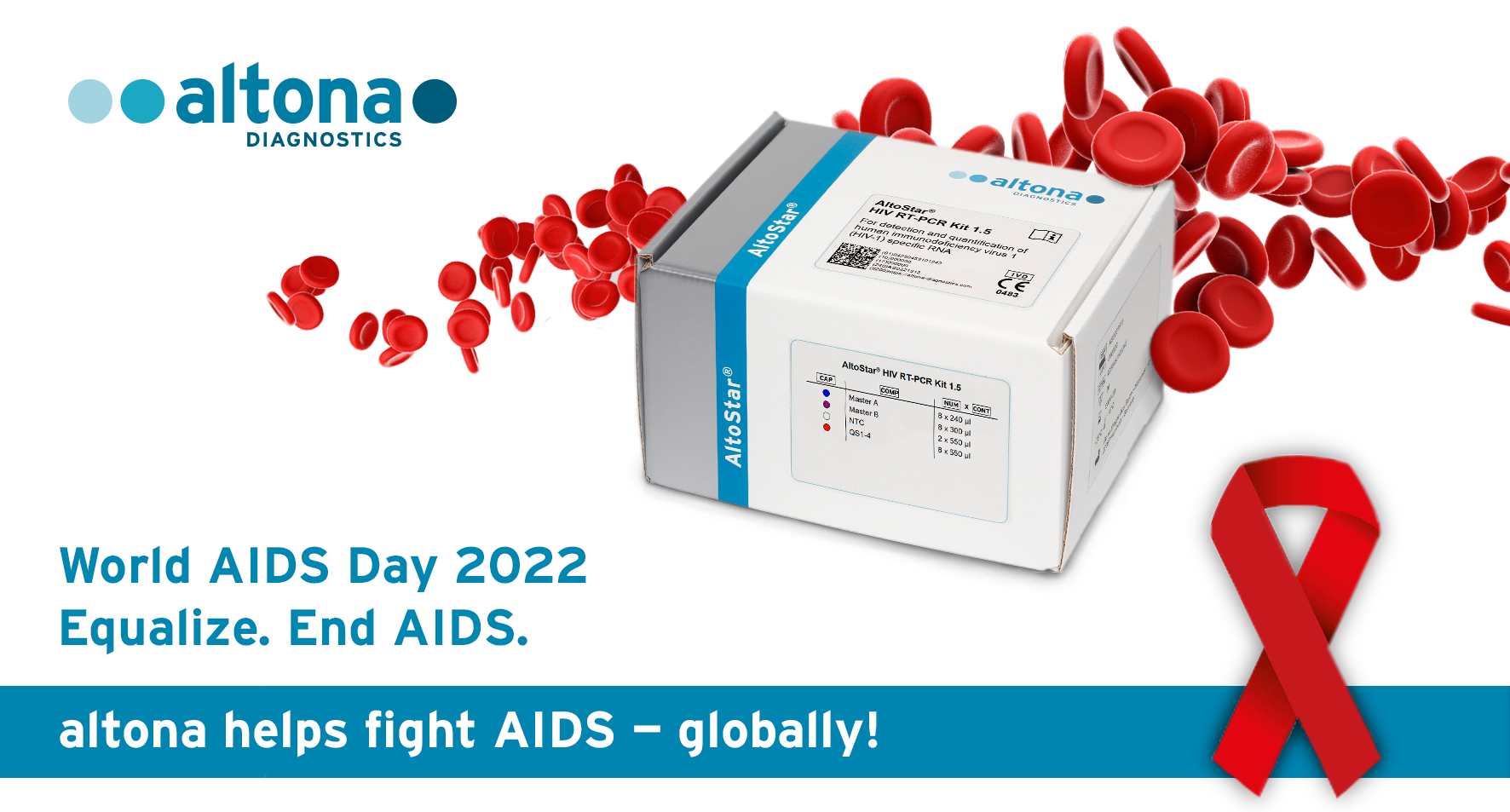 Receiving ART extensively reduces the HIV amount and patients undergoing this treatment for a long term are not infectious anymore. Nevertheless, the virus is still present in the body and treatment must be continued a whole life. Therefore, the viral load of patients receiving ART must be determined constantly to ensure suppression of viral replication and confirm the success of the treatment.

With the AltoStar® HIV RT-PCR Kit 1.5, altona Diagnostics provides a CE marked in vitro diagnostic test based on real-time RT-PCR technology to detect and quantify the human immunodeficiency virus type 1 (HIV-1) specific RNA (groups M, N and O) in human EDTA plasma. It is intended to be used for viral load monitoring in HIV infection. The AltoStar® HIV RT-PCR Kit 1.5 is a dual target assay with amplification of separate regions of HIV-1 genome. It designed for use with the AltoStar® Molecular Diagnostic Workflow, which offers enhanced flexibility in sample-to-PCR management.

Find out more about the AltoStar® HIV RT-PCR Kit 1.5

Find out more about the World Aids Day 2022